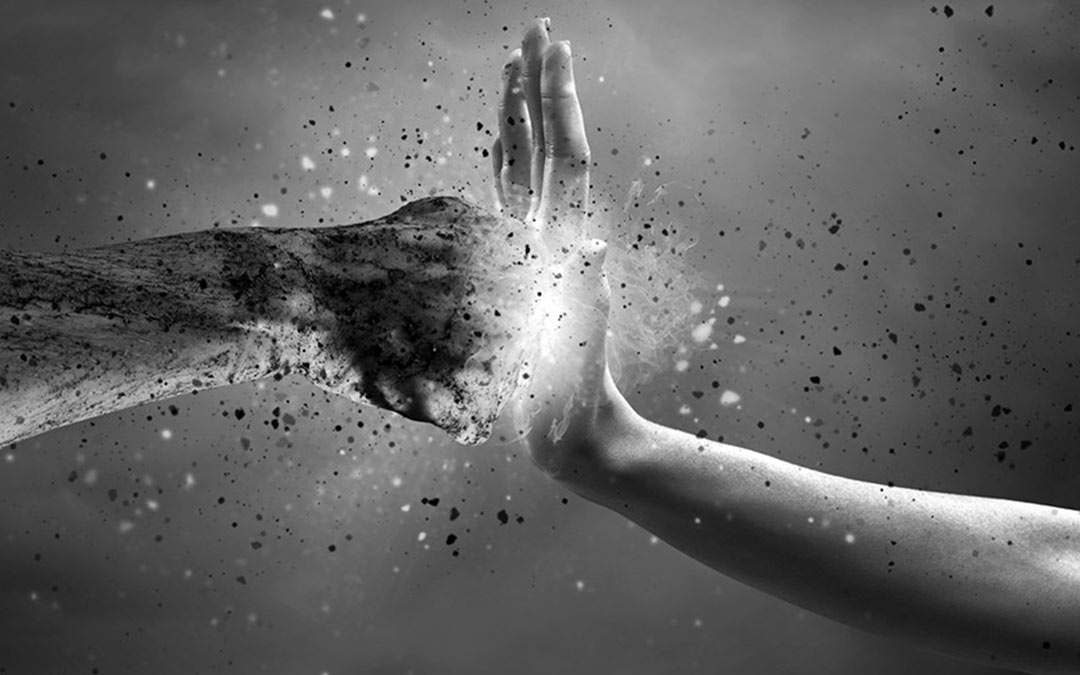 Don Gabriele Amorth was born in Modena in 1925 and was a priest of the St.Paul's society. Don Amorth passed away at the age of 91 on September 2016. He is well known for his publications especially on Our Lady. Don Amorth was member of the International Marian Academy. As the appointed exorcist for the Diocese of Rome, he was the Vatican's Chief Exorcist. Don Gabriele performed tens of thousands of exorcisms.

We've heard him say many times: "the main task of the devil is to make people believe he doesn't exist!"

Padre Gabriele Amoth, world-renowned exorcist, is the founder and honorary president of the international association of exorcists. With years of experience in the fight against the Evil One, and profound devotion for Our Lady, he says:

"I entrusted myself to Our Lady when I received my mandate, asking her to envelop me in her mantle where I knew I would find sure refuge. Since then I've received a lot of threats, but I've never suffered any harm."

Every now and again Echo will publish reflections by Padre Amorth, so we are better able to understand how this supernatural and occult force is able to threaten our lives and cause even intense suffering and enormous difficulty to whoever is exposed. We don't intend alarming anyone, or accusing the devil of all wrongs. We Padre G. just want to throw light on the matter for the sake of our spiritual life, that it might be healthy and balanced and that we are surrendered to God, and to Mary, the Woman of the Apocalypse, who symbolizes the Church which will crush the devil's head definitely.

"The Holy Spirit guides the Church, and the doors of hell will not prevail, but it is also true that the Church must be aware that hell is a reality which threatens the lives of the faithful, and must therefore take the necessary steps to protect the faithful."

Sadly, the situation is different. The number of officially nominated exorcists is terribly low, a sign that the clergy and episcopate believe neither in the devil nor in the power granted by Jesus to drive him out.

"Unlike the Orthodox Church and various Protestant Churches, the Latin Church practically abandoned the ministry of exorcism as far back as three centuries ago. We're looking at entire bodies of bishops who are contrary to exorcisms, and entire nations without an exorcist, like Austria, Switzerland, Spain and Portugal. A truly frightening shortage! When a priest becomes a bishop, he will have before him an article from the Code of Canon Law which gives him absolute authority to nominate exorcists. Given that he has to make such an important decision, the least any bishop should do is assist at an exorcism, but unfortunately, this rarely happens."

This ignorance within the Church weakens the battle against the Evil One, and blunts the weapons which the Church has possessed for centuries. Such is the case with the new edition of the Ritual for Exorcisms presented by the Italian Episcopal Conference. Padre Amorth explains:

"The second Vatican Council had requested a revision of some of the passages contained in the old Ritual, which means that some parts needed correcting, but it didn't need rewriting! The old Ritual contained prayers with 12 centuries of experience. We exorcists have all experienced that the prayers from the new Ritual are totally ineffective."

We asked the expert for further clarification:

"Part 15 refers to curses and the proper attitude to adopt. A curse is harm caused to a person by having recourse to the devil. The devil's operators have various ways of doing this, including sorcery, witchcraft, spells, voodoo and macumba rites. In the Roman Ritual it was explained how to proceed. Instead, the new Ritual prohibits exorcisms in these cases. This is absurd! Curses are by far the most common cause of diabolic possession and of evil or injury procured through the devil; something like 90 per cent. It's like telling exorcists to stop working! At another part - no. 16 to be precise - it says that exorcisms should not be done when the presence of the devil is not certain; but this certainty can only be had by performing an exorcism."

As we have seen, lack of experience in the field can be harmful, even when the harm is limited to not being able to resolve the damage caused by Satan. By now it comes natural to ask: were any experts (i.e. exorcists) in the commission which worked on the new Ritual? One would think not. In any case, the Church herself has provided a way out of this “accident" by not imposing use of the new Ritual, so that exorcists can request permission of the bishop to continue using the old one. Padre Amorth continues:

"Everything should be blessed and protected: houses, schools, and means of communication... These days, however, protection against the devil has become practically inexistent. There are no more means of defence; no more prayers of defence. Jesus Himself had taught us a prayer of liberation with the Lord's Prayer: 'Deliver us from the Evil One; deliver us from Satan,' which wasn't translated correctly into Italian, so that today we say: 'deliver us from evil.' Evil has been generalised, so that the fount of it remains hidden, but the evil which our Lord, Jesus Christ, taught us to combat is a person and his name is Satan."

Also in her messages Our Lady has taught us to be decisive and conscientious in the fight against the Evil One: "Dear Children, today as never before I am inviting you to pray... Satan is strong and wants to destroy not only human life, but the very nature and the planet on which you live" (25 Jan. '91). "I invite you to engage in battle against Satan through prayer. You already know his plots; so he will now intensify his action" (8 Aug. '85) "No matter where you are, it is only through prayer that you can overcome Satan's Influence" (7 Aug. '86). "Pray constantly. Pray more. This way Satan will be driven away from here" (5 Sept. '85). "If you pray, Satan is unable to cause you any harm, because you are God's children and He watches over you constantly. Pray; and may the Rosary be always in your hands as a sign to Satan that you belong to me" (25 Feb. 1988). Hence, we are called to keep watch and to take an active part in the battle, but Our Lady's words are also consoling, as she assures us that through prayer, love and the sacraments we will be protected, and that we can also help drive out the Enemy, not only from our own lives, but also from the lives of our many brothers and sisters who suffer. Padre Amorth concludes:

"The Church continues in her journey; it is normal that there should be weaknesses. It is the Holy Spirit which holds her up, therefore, Satan, with all his attacks, can only hope for partial results, even important ones; but he can't win the war."