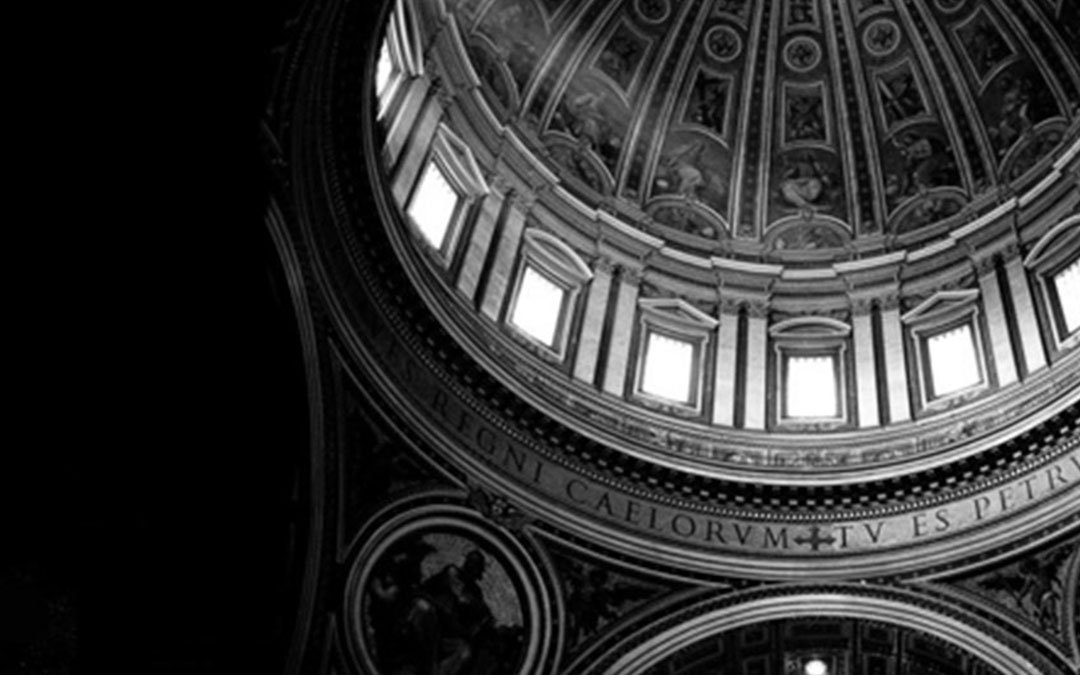 Cardinal Georges Cottier was born in Switzerland in 1922 and is a member of the Order of Preachers (Dominican Friars). Cardinal Georges Cottier, while he was still the theologian to the Pontifical Household, wrote an introduction to the book "Presidente degli Esorcisti -- Esperienze e Delucidazioni di Don Gabriele Amorth" (President of the Exorcists -- Experiences and Clarifications of Father Gabriel Amorth).

Father Amorth is an exorcist of the Diocese of Rome, and founder and honorary president of the International Association of Exorcists. The book has been recently published by Edizioni Carismatici Francescani. Here is a translation of Cardinal Cottier's introduction.

The Church must speak about the devil. Though he sinned, the fallen angel has not lost all the power he had, according to God's plan, in the governance of the world. Now he uses this power for evil. John's Gospel calls him "the prince of this world" (John 12:31) and also in the First Letter of John one reads: "the whole world is in the power of the evil one" (1 John 5:19). Paul speaks of our battle against spiritual powers (cf. Ephesians 6:10-17). We can also refer to Revelation.

We must fight not only against the human but the superhuman forces of evil in their origin and inspiration: Suffice it to think of Auschwitz, of the massacres of entire peoples, of all the horrendous crimes that are committed, of the scandals of which little ones and the innocent are victims, of the success of the ideologies of death, etc.

It is appropriate to recall some principles. The evil of sin is done by a free will. Only God can penetrate the depth of a person's heart; the devil does not have the power to enter that sanctuary. He acts only on the exterior, on the imagination and on feelings of a sentient origin. Moreover his action is limited by the permission of Almighty God.

The devil generally acts through temptation and deceit; he is a liar (cf. John 8,44). He can deceive, induce to error, cause illusion and, probably more than arouse vices, he can support the vices and the origins of the vices that are in us.

In the Synoptic Gospels, the first apparition of the devil is the temptation in the desert, when he subjects Jesus to several incursions (cf. Matthew 4:11 and Luke 4:1-13). This event is of great importance.

Jesus cured sicknesses and pathologies. Altogether, they refer to the devil, because all disorders afflicting humanity are reducible to sin, of which the devil is instigator. Among Jesus' miracles are liberation of diabolical possessions, in the precise sense.

We see in particular in Saint Luke that Jesus orders the devils who recognize him as Messiah.

The devil is much more dangerous as tempter than through extraordinary signs or astonishing external manifestations, because the gravest evil is sin. It is no accident that we ask in the Lord's prayer: Lead us not into temptation. Against sin the Christian can fight victoriously with prayer, prudence, in humility knowing the fragility of human freedom, with recourse to the sacraments, above all Reconciliation and the Eucharist. He must also ask the Holy Spirit for the gift of discernment, knowing that the gifts of the Holy Spirit are received with the grace of Baptism.

In the face of deceit, it is desirable that Catholic faithful have an ever more profound knowledge of Christian doctrine. The apostolate must be promoted for the Compendium of the Catechism of the Catholic Church, of extraordinary usefulness to combat ignorance. The devil perhaps is instigator of this ignorance: He distracts man from God, and it is a great loss that can be contained by promoting an adequate apostolate in the media, in particular television, considering the amount of time that many people spend watching television programs, often with contents that are culturally inconsistent and immoral.

The action of the devil is also unleashed against the men of the Church: in 1972 the Supreme Pontiff Paul VI spoke of the "smoke of Satan that has entered the temple of God," alluding to the sins of Christians, to the devaluation of the morality of customs and to decadences (let us consider the history of the religious Orders and Congregations, in which the need has always been noted of reforms to react to the decadence), to yielding to the temptations in the pursuit of a career, of money and of wealth in which the members of the clergy themselves can incur, committing sins that cause scandal.

The exorcist can be a Good Samaritan -- but he is not the Good Samaritan -- as sin is a graver reality. A sinner who remains set in his sin is more wretched that one who is possessed. The conversion of heart is the most beautiful victory over the influence of Satan, against which the Sacrament of Reconciliation has an absolutely central importance, because in the mystery of the Redemption God has liberated us from sin, and gives us, when we have fallen, the restoration of his friendship.

The Sacraments have in truth a priority over the sacramentals, a category in which exorcisms are included, which are requested by the Church but not as a priority. If this approach is not considered, the risk exists of disturbing the faithful. Exorcism cannot be considered as the only defense against the action of the devil, but as a necessary spiritual means where the existence of specific cases of diabolic possession have been confirmed.

It seems that the possessed are more numerous in pagan countries, where the Gospel has not been disseminated and where magic practices are more widespread. In other places a cultural element endures where Christians conserve an indulgent tendency in regard to ancient forms of superstition. Moreover it must be considered that alleged cases of possession can be explained by present-day medicine and psychiatry, and that the solution to certain phenomena may consist in good psychiatric treatment. When a difficult case is manifested in practice it is necessary to get in contact with a psychologist and an exorcist; it is advisable to make use of psychiatrists of Catholic formation.

A course on these topics has recently been instituted in the Regina Apostolorum Pontifical Athenaeum. It also seems opportune to include such formation in seminaries, in a balanced and wise dimension, avoiding excesses and constrictions.